Starring: Samantha Futerman, Anaïs Bordier Directed by: Samantha Futerman (debut) and Ryan Miyamoto (debut) Many people may joke about seeing someone else’s (or their own) doppelganger walking down the street or in a public place, but have you ever seen someone who you truly felt could be your twin? In a random online message, Los Angeles […]

In “Night Owls,” actors Adam Pally (TV’s “The Mindy Project” and “Happy Endings”) and Rosa Salazar (TV’s “Parenthood”) are presented with unique acting challenges. In each of their first leading roles in feature films, Adam’s character Kevin must keep Rosa’s character Madeline from falling asleep after she has downed an entire bottle of Xanax in […]

Starring: Curtis Duffy, Michael Moser Directed by: Mark Helenowski (debut) and Kevin Pang (debut) As the lives of chefs and restaurants continue to grow in the world of narratives, it was only a matter of time before personal profiles of world-renowned chefs began to surface in the world of documentaries. “For Grace” delves into the life […] 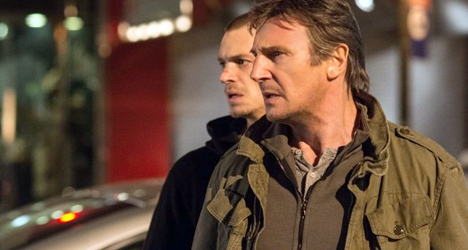 “No different than any other performance in any other action film Liam Neeson’s starred in.”

Starring: Jon Ryan, Maria Natapov, Hana Carpenter Directed by: Frankie Frain (“Sexually Frank”) Written by: Geoff Tarulli (debut) In “Having Fun Up There,” 37-year-old musician Mark (Jon Ryan) is struggling to keep his life together. After a series of bad gigs and going nowhere in the music industry, Mark can’t seem to catch a break […]

Starring: Chelsea Gilligan, Todd Julian, Norman Lesperance Directed by: Bradley W. Ragland (“So Long Jimmy”) Written by: Norman Lesperance (“Future Murder”) In “Looking for Lions,” a full-length adaptation of a promising short film called “Savage,” the question of “how far will a person go when they are desperate to save the person that they love?” […]

Directed by: Alix Lambert Between 2005 and 2010, five students from Mentor High School in Mentor, Ohio committed suicide. The one common thread between them was the suspicion that bullying played some role in these cases. So what happened in this town (one that was ranked one of the best places in America to live in […]

Between the years of 2005 and 2010, five students from Mentor High School in Mentor, Ohio committed suicide. With all of these cases citing bullying as at least a partial factor into these deaths, documentary filmmaker Alix Lambert set out to Mentor, Ohio to investigate what went wrong. The results are shocking, infuriating and baffling as […]

Starring: Kyle Bornheimer, Eliza Coupe, Mary Elizabeth Ellis Directed by: Mo Perkins (“A Quiet Little Marriage”) Written by: Hal Haberman (“Special”) In “The Last Time You Had Fun,” two pairs of friends (or in one case siblings) who find themselves in various stages of disappointment in their relationships randomly meet at a wine bar and decide to […] 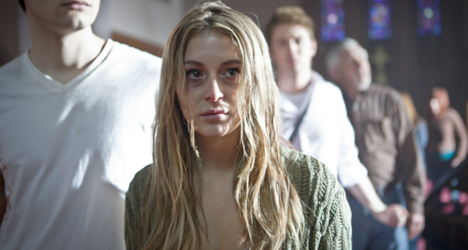 “If you read the story of the Rapture in the Bible, it is the scariest thing!”