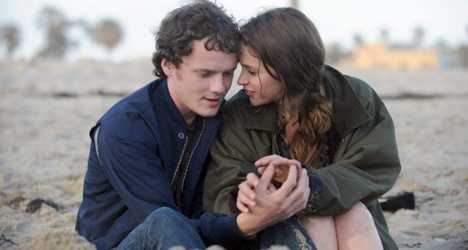 Sunday provided no breaks in the festival action. In the morning I prepared questions and conducted my first interview with Jeremiah Jones and Marianna Palka from the film “Restive,” which I will get into later on. From there, a friend and I drove just out of town to get some lunch, and it was back to Austin to go see the buzzed-about relationship drama “Like Crazy.”

It’s pretty much impossible to see everything you want to see at a the Austin Film Festival (AFF), even if you block out the entire week for movies. I’ve found out that there’s always going to be two movies that you’d really like to see playing at the same time, so you have to pick your battles. Fortunately, I was able to get a screener of the film “Sironia” and watched it a few days before the festival. As soon as it ended, I sent off an e-mail to try to schedule an interview with the director and lead actor.