Ep. 139 – Jojo Rabbit, Dolemite Is My Name, The King, and an Austin Film Festival recap

This week on The CineSnob Podcast, Jerrod returns from his Japanese honeymoon to hear about Cody’s time at the Austin Film Festival. They also review Jojo Rabbit, Dolemite Is My Name, and The King. Click here to download the episode!

Ep. 67 – Steve Jobs, reaction to the new Star Wars trailer, Chris Rock is hosting the Oscars, and Edgar Wright is teaming up with Johnny Depp, Neil Gaiman, and Bret McKenzie

[iframe style=”border:none” src=”http://html5-player.libsyn.com/embed/episode/id/3888443/height/100/width/480/thumbnail/yes/theme/standard” height=”100″ width=”480″ scrolling=”no” allowfullscreen webkitallowfullscreen mozallowfullscreen oallowfullscreen msallowfullscreen] In this week’s episode of The CineSnob Podcast, the guys talk about “Steve Jobs,” their reactions to the final “Star Wars: The Force Awakens” trailer, Chris Rock returning to host the Oscars, and the perfect storm of Edgar Wright directing Johnny Depp in an […] 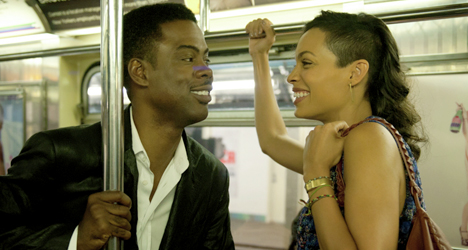 “Most fun when Rock gets to let loose, be himself and parade out his cavalcade of comedian friends.”

Death at a Funeral

“A hilarious and very informative look at the hair issues of the black community.”