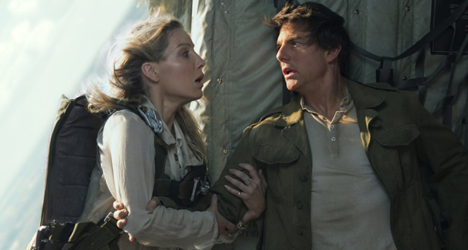 “Tom Cruise is absolutely the wrong choice. At least the Brendan Fraser movies were fun.”

“Wahlberg and Crowe honestly look unmotivated and bored. Don’t feel bad when you do, too.”

“Aside from the beautiful technical aspects, it can only be described as a grandiloquent mistake.”

“A high-end production with lofty ideas and a convoluted screenplay begging for editing.”

“As tightly written as a front-page story grinded out by a veteran reporter.”