In recognition of the new Jack Black comedy “Year One” (review coming soon), here is a list of the Top Ten cavemen in film, TV, and pop culture. Yes, I do realize I didn’t put “Encino Man” on this list, but anything starring Paulie Shore usually gets ignored automatically. Oooooooowwwwww! Bud-dy! 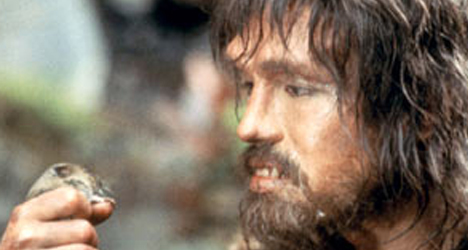 10. Charlie the Iceman
“Charlie” is preserved inside an Arctic glacier for 40,000 years until Anthropologist Stanley Shephard (Timothy Hutton) and other explorers unearth and thaw him out (see cavemen No. 9 and No. 5 for similar stories) in the 1984 film “Iceman.” He wakes up in a world he does not understand and is held in captivity so scientists can run tests on his DNA. Stanley becomes an advocate for caveman rights. 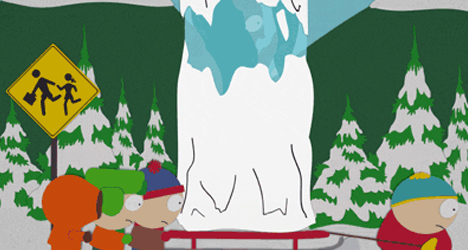 9. Steve/Gorak/Larry
This is a caveman the kids from “Southpark” discover while hunting for crocodiles. They argue about what to name him and are surprised when he is thawed out and is wearing Eddie Bauer clothes. He’s not actually a prehistoric discovery, but a guy named Larry who was accidentally frozen inside a block of ice. 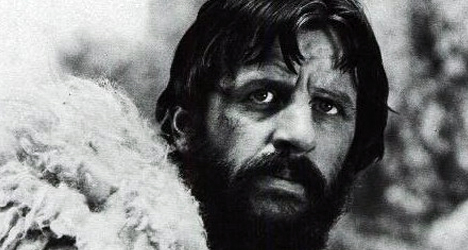 8. Atouk
Set in One Zillion B.C., Beatle Ringo Starr stars as Atouk in the 1981 movie “Caveman,” a satirical look at caveman movies of the past. The best scene in this film is when the cavemen discover music while sitting around a fire eating. It’s not quite as catchy as, say, “Can’t Buy Me Love,” but for a bunch of cave people playing on bones, it’s danceable.

7. Fred Flintstone
Fred is a hard-working caveman and an amazing dinosaur crane operator at the Slate Rock and Gravel Company. He’s an iconic cartoon character who could eat 10 brontosaurus burgers in one sitting and one of the only two on this list with his own catch phrase, “Yabba Dabba Do!” 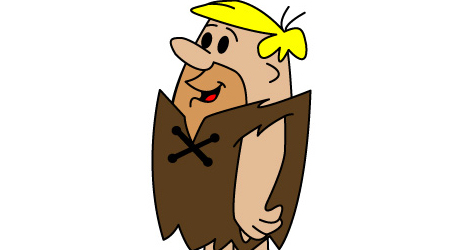 6. Barney Rubble
He comes ahead of Fred Flintstone as the best caveman in Bedrock not only because Betty is way cuter than Wilma, but because Barney is just overall a nicer guy. No wonder Wilma always locks Fred out of the house at the end of each episode. You never saw Barney banging on the door at 2 a.m. 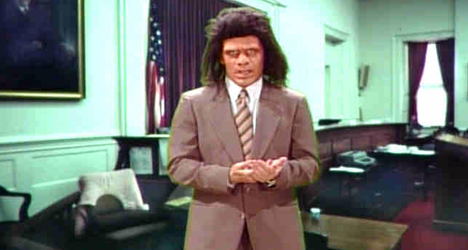 5. Cirroc, the Unfrozen Caveman Lawyer
As the most educated of the bunch, Cirroc, a caveman lawyer portrayed by the late Phil Hartman during “Saturday Night Live” skits in the early 90s, couldn’t keep us from staring at his protruding brow even when he stood in front of the court in snazzy suits. Along with his work as a personal injury lawyer, Cirroc enjoyed the finer things in life like fast cars, big bank accounts and luxurious homes. 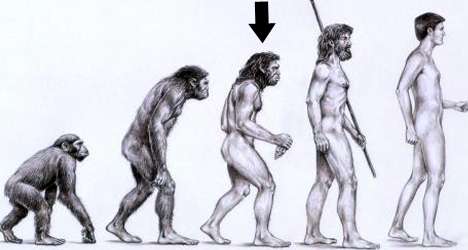 4. Middle caveman in the evolution lineup
No matter what spoof you’ve seen of this image (some have Homer Simpson tossed somewhere in the lineup) the homo erectus that always finds himself square in the middle of the evolution line is the saddest caveman in the Pleistocene epoch. Not hairy enough to be considered a primate and too ugly to get a date (without pulling her across the ground by the hair, of course), the evolution line would be missing a link if he weren’t there to explain why man and monkey are so closely related. 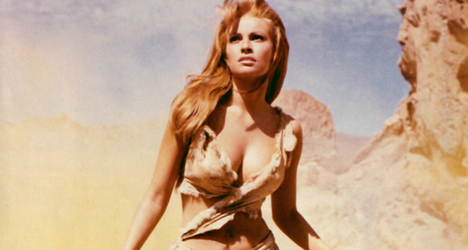 3. Loana the Fair One
Ever good caveman list needs at least one cavewoman. Who better to travel back to the Stone Age with than actress Raquel Welch during her role in the 1966 film “One Million Years B.C.?” As “Loana the Fair One,” a fisherwoman of the Shell Tribe, Welch became the poster girl for prehistoric sex in the 60s with her world-famous and skimpy production shot from the film. How can you concentrate on a stop-motion Ceratosaurus vs. Triceratops battle when you have a scantily-clad Welch digging through rocks in the background? 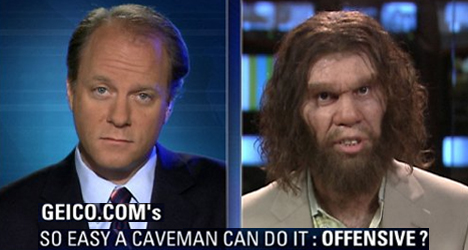 2. GEICO cavemen
Besides that cute little Gecko with the Australian accent, the cavemen from the GEICO commercials are the company’s best asset (aside from their affordable homeowner’s insurance and reliable ID theft protection, of course). But from a marketing perspective, “So easy even a caveman can do it” is a slogan any Neanderthal should be proud to call their own. The GEICO cavemen would have made the No. 1 spot, but we had to deduct points for them trying to crossover to primetime TV and failing miserably. 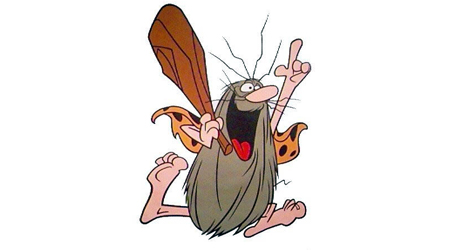 1. Captain Caveman
He was known by his sidekicks the Teen Angels and the rest of his friends as Cavey, but every child of the 80s knows the name Captain Caveman. With his famous battle cry of “Captain Caaaaaavemaaaaan!” and superhuman strength and flying ability, no caveman was as heroic as this Hannah-Barbera animated character. The fact that he could pull things out of his fur, eat bicycles and other inanimate objects, and would say things like “unga bunga” was only a bonus to his already cool personality.