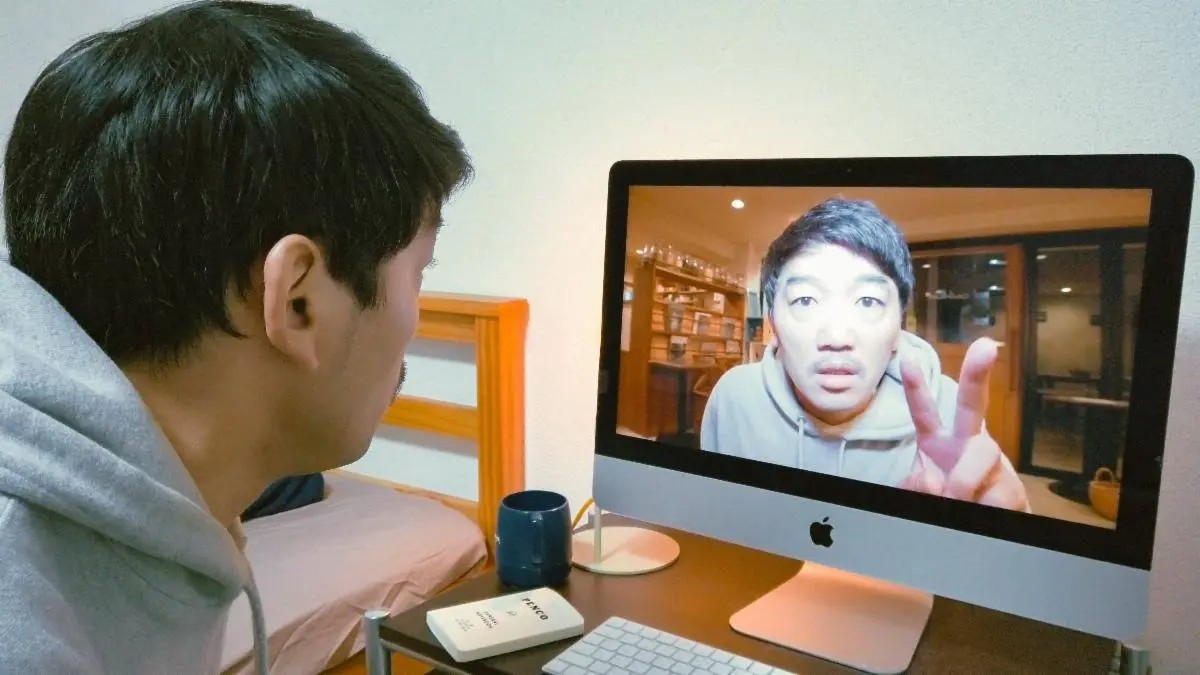 Kazunori Tosa in “Beyond the Infinite Two Minutes”

Part of the fun of film festivals is general is walking into a film that you know nothing about and being surprised and delighted. The fun of a genre festival like Fantastic Fest is the opportunity for that film to grab your hand and take you on a journey of the weird and wonderful. With a delightful spin on the time travel and time loop genre, the Japanese film “Beyond the Infinite Two Minutes” provides that exact opportunity.

The central plot “Beyond the Infinite Two Minutes” is equal parts simple and complex. After a shift of work at a cafe that he owns, Kato (Kazunori Tosa) goes to his upstairs bedroom to find that his computer and the TV in the café are connected with a two minute delay. His computer displays himself and (eventually a cast of friends) two minutes into the future. This creates a time loop where in which the characters in the present must now go downstairs into the café and reenact everything that they’ve seen in order to avoid a time paradox. Still following?

Of course, shenanigans eventually ensue, but the real spectacle to behold is the technical aspect it all. Shot entirely on iPhones and constructed as a single take, the amount of work put into “Beyond the Infinite Two Minutes” is staggering. The audience sees actors in the “present“ switch locations (in real time) and completely reenact, word for word, with painstakingly similar detail, the same exact things seen just moments ago. It may be easy to find sneaky edit points, but the Japanese theater group that put the film together display an incredibly impressive attention to detail throughout the film.

The energy from the supporting cast is energetic and electric, with reactions raving from confused marvel to joyous excitement. Writer Makoto Ueda and director Junta Yamaguchi also do a fantastic of easing the audience into the film, starting not only with enough exposition to explain the concept, but having the characters ease into simple explorations of the new found technology and progressively add complexity to the story.

As with any time travel movie worth its weight, the perils of messing with the future are explored to a certain degree, albeit a little surface level. Even though the film does come off as a bit slight, the very breezy 70 minute run time doesn’t put too much pressure on the story side of things, and allows the technical marvel, which is extremely impressive, to be the star of the show.